Jesse Bardwell is a musician born and raised in northwest New Jersey, but currently lives in close proximity to the beautiful Delaware Water Gap in Northeastern Pennsylvania. With an innate calling to music, he started his musical career early on; Quimby Mountain Band formed in 2005 when he was 17 years old. Over the years garnering regional acclaim and touring from the Atlantic to the mighty Mississippi QMB has raised a ruckus in Delta jukejoints, theatres, bars, dives, concert halls, and all the likes in between. Opening for acts such as Railroad Earth, Keller Williams, Marshall Tucker Band, New Riders of the Purple Sage, Foghat and many others. 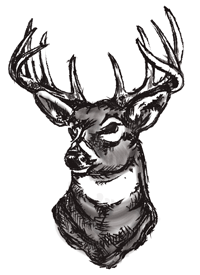 Want to know what's happening with Buck Hill Brewery? Sign up here so we can keep you in the loop.

Welcome!
We just need to check your age.

This website uses cookies to improve your experience while you navigate through the website. Out of these cookies, the cookies that are categorized as necessary are stored on your browser as they are essential for the working of basic functionalities of the website. We also use third-party cookies that help us analyze and understand how you use this website. These cookies will be stored in your browser only with your consent. You also have the option to opt-out of these cookies. But opting out of some of these cookies may have an effect on your browsing experience.
Necessary Always Enabled
Necessary cookies are absolutely essential for the website to function properly. This category only includes cookies that ensures basic functionalities and security features of the website. These cookies do not store any personal information.
Non-necessary
Any cookies that may not be particularly necessary for the website to function and is used specifically to collect user personal data via analytics, ads, other embedded contents are termed as non-necessary cookies. It is mandatory to procure user consent prior to running these cookies on your website.
SAVE & ACCEPT